It is registered under the society Act 1973, Firms and Societies, Government of Madhya Pradesh, India on 31 January 2000. 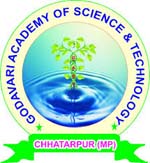